The Mississippi Division of Medicaid has become the first agency of its kind in the nation to exchange patient medical data with a health system in real time, an accomplishment that lets caregivers at the University of Mississippi Medical Center quickly review a patient’s medical history so they can make better-informed treatment decisions.

Medicaid worked with MedeAnalytics, a national health-care data analysis vendor, and Epic, the electronic medical records system used by UMMC, to take claims data from the state’s Division of Medicaid and translate it into clinical data for use at the Medical Center, the state’s largest provider of care to Medicaid patients.

MedeAnalytics established and standardized an Enterprise Master Patient Index, or EMPI, for the Division of Medicaid. That’s the core service that allows easy management of patient records that contain critical information such as medications, allergies and previous diagnoses.

Having real-time knowledge at a caregiver’s fingertips improves not just care, but patient safety. Not just Epic, but almost any electronic patient record program can use an EMPI to access Medicaid data.

“If a Medicaid patient who we’ve never seen before at UMMC comes to our Emergency Department, the physician and health-care team has access to their medical records – for example, any outside visits to providers, their medicines, their immunizations, and any outside procedures or tests,” said Dr. John Showalter, the Medical Center’s chief medical information officer and assistant professor of medicine.

“For chronic patients, we can see if they’ve gotten their prescriptions filled or made their primary care visits. We’ll know if they had a CT scan two months ago, and can go get those records and not repeat the test,” he said. “There will be major cost savings to Medicaid and to UMMC, and the patient benefits.”

“We’ve always been concerned about the health status of our beneficiaries, and the only way we could get information is to look at their claims data,” said Dr. David Dzielak, the Division of Medicaid’s executive director. “But that doesn’t give you a very clear picture at all. We’d have to make inferences from their diagnoses.

“Having clinical data access, along with claims data, allows us to build a database that helps us to define the health status of our beneficiaries,” he said.

The groundwork for the data exchange was laid in 2014 when MedeAnalytics studied more than a decade of medical records from 2.3 million Mississippi Medicaid beneficiaries, then took out duplicated information. MedeAnalytics’ work on the integration of the clinical data with a health system’s electronic patient records is part of a three-year, $10 million contract between MedeAnalytics and Mississippi’s Medicaid division.

That initial work resulted in unique medical records from more than 750,000 Medicaid and Children’s Health Insurance Program patients. MedeAnalytics then worked with Medicaid to make the data accessible through a Medicaid provider portal. That paved the way for standardization of Medicaid’s EMPI to support a clinical data interface with almost any health systems in the state, regardless of what electronic medical records system they use.

“This technology didn’t exist nine months ago,” Showalter said. “UMMC, Epic, Medicaid and MedeAnalytics sat down with a vision and decided what we wanted to do. This is an incredible accomplishment and speaks to where we are in health information technology.”

“Mississippi (Division of Medicaid) continues to be a model agency for the nation, and it has been a great privilege to partner with them over the years to set the building blocks for clinical data exchange,” Andrew Hurd, MedeAnalytics CEO, said in a company news release. “By standardizing the EMPI and extending this information to the provider portal, Medicaid beneficiaries will benefit from having their complete medical history available at the point of care, which will improve both safety and care outcomes.”

Dr. Rick Barr, professor and chair of the Department of Pediatrics, said the initiative “is a huge improvement in quality and safety, and ultimately for the health of children in Mississippi. 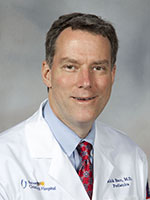 “At Children’s of Mississippi, we see a large number of children insured by Medicaid,” said Barr, the Suzan B. Thames Endowed Professor and senior associate dean for graduate medical education. “Delivery of high quality medical care is very dependent on having a comprehensive medical record that includes information well beyond our own electronic health record. “

MedeAnalytics expects to receive about 3,500 clinical inquiries per day from UMMC and in response will send the corresponding clinical summaries for Medicaid beneficiaries. The summaries will show “all the care that the patient has received that Medicaid paid for,” Showalter said. “It’s likely that’s all the care they’ve gotten. This gives the physician a global perspective of the patient’s care. It’s one of the biggest signs that Mississippi is committed to getting population health right.”

Medicaid “provides access to health care for one in four people in the state,” Dzielak said. “We’re a big driver for care, and we need to make sure we’re driving in the right direction. This starts us down the right path.”

By UMMC Division of Public Affairs. Reposted with permission.