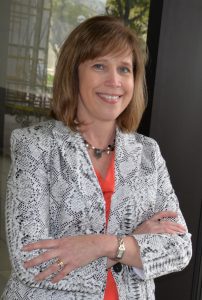 Communicating with Medicaid providers and fixing problems: Those are the key functions Dr. Tami Brooks performs on a weekly basis, one year into her role as medical director for the Mississippi Division of Medicaid (DOM).

As an actively practicing pediatrician at the University of Mississippi Medical Center (UMMC), Brooks says she is ideally positioned to serve as a liaison between the provider community and DOM and is even more accessible. While her role at DOM is part time, there is now a toll-free 800 number practitioners can call to reach Brooks with questions or concerns about DOM policy or patient coverage (844-301-7004).

“We thought it would be a good idea for providers to be able to contact me when I’m not at the Medicaid central office,” she said. “Luckily we were able to get this line established so providers can pick up the phone and talk about issues that they might have regarding their patients who are DOM beneficiaries.”

DOM has been providing healthcare coverage for eligible Mississippians since its inception in 1969. But the complex and ever-changing federal and state laws governing Medicaid have always created a communications challenge between the agency and healthcare providers. That’s where Brooks comes in.

With one foot in Medicaid and one foot in the provider community, Brooks has the ability to bridge the two worlds, address concerns and help the places where they intersect function more smoothly – whether it is the business operations of a small-town health clinic or the fine details of agency coding specifications.

“I have learned that there are many knowledgeable and caring people here (at DOM) who want to do the right thing,” Brooks said. “And I think that perception is not always received by some providers because of their frustrations with certain things.”

“On the flip side of that coin, DOM employees typically don’t have the perspective of clinicians, but they are eager to try and understand that point of view”, she added.

Brooks has served as an associate professor of pediatrics at UMMC since completing her residency there in 1996. In addition to training medical students, she is also the medical director of UMMC’s Pediatric North Clinic, which means she is familiar with the administrative aspect of health care.

Brooks also serves as legislative chair of the Mississippi Chapter of the American Association of Pediatrics (AAP). A practitioner, an advocate and now a champion for Medicaid, Brooks has a passion for the health of Mississippians. She joined DOM in December of 2014.

“My role at Medicaid has been primarily to communicate issues that providers have to the division and then educate them with the answers,” she said. “I have been able to review policy changes, and I’ve also been very involved more recently with quality improvement. Hopefully as we move forward I’ll start hearing less provider complaints because we’re addressing their problems, and we can spend more effort improving the quality of care.”

In addition to the phone line, Brooks says she responds to emails from providers on a regular basis. Often times, they are issues she passes along to the Office of Eligibility, Pharmacy or other areas, but providers are becoming more aware that Brooks is a point of entry for DOM answers.

“I get the sense that providers have never felt like they had that before,” she said.

Dr. Dorthy Young, deputy administrator for Health Services, says having Brooks’ point of view is a great advantage for DOM. “Dr. Brooks provides DOM clinical staff with a valuable pediatric provider perspective and has collaborated with multiple areas of the agency on the development of policy,”Young said. “She also assists in provider outreach. We are excited about the new dedicated phone line for medical providers to call Dr. Brooks directly. It will be an additional avenue for our medical community to interact with our medical director.”

Brooks says UMMC has been very supportive of her role at DOM and she has been able to share what she’s learned with a wider audience. “I have spoken to family medicine practitioners, the Mississippi State Medical Association and also medical students,” she said. “So I’ve also been able to go out and tell people about what we do here.”