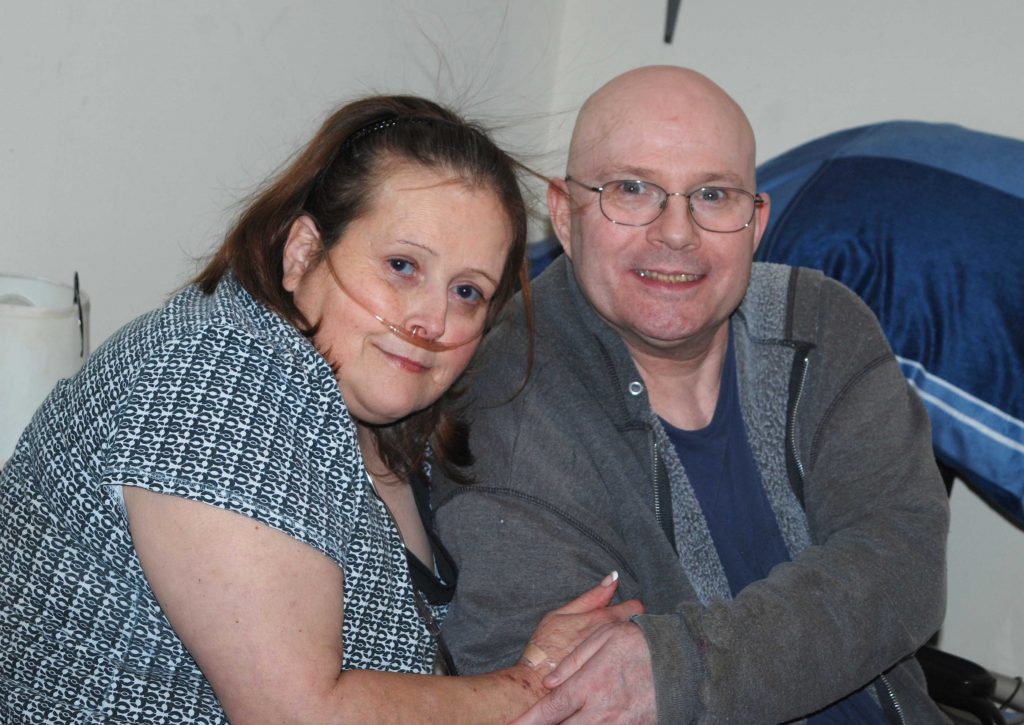 Program supports independence within the community

By Dee Dee Hill’s count, she has suffered 103 broken bones in her life. Born with brittle bone disease and struggling with long-time respiratory problems, Dee Dee says if she coughs too hard or rolls over in bed the wrong way, she’s likely to break something.

She’s also had four heart attacks (the first at only 8 years old) and three open-heart surgeries.

But despite a lifetime of health issues and setbacks, Hill has been determined to live an independent and happy life.

Six years ago, Hill was living alone in her own apartment in Houston, Miss., when she broke her hip, and that’s when her doctors urged her to consider moving into an assisted living facility. She applied to be placed on the Mississippi Division of Medicaid’s (DOM) Assisted Living Waiver and moved into Samaritan Garden Personal Care Home in Tupelo, Miss.

The Assisted Living Waiver, originally approved in 2000, was submitted to the Centers for Medicare and Medicaid Services (CMS) for renewal earlier this summer. CMS last renewed the waiver for five years in 2013.

Now 55 years old, Hill found more than extra support and care at Samaritan Garden – she also found a husband. Dee Dee and fellow resident Barry Hill were married in January of 2016, with a reception following in Samaritan Garden’s dining hall.

“The last two years have been a surprise blessing,” she said.

After her first husband passed away, Dee Dee says she left it in the hands of the Lord to decide if she’d ever remarry.

“My second week here, Barry asked me if I would do him the honor of going to church with him and his mother,” she said.

Barry, who also is on the Assisted Living Waiver, has lived in Samaritan Garden since 2001. After an aneurism left him physically impaired in 2000, Barry lived with his mother in Oxford for six months. But she worried about him being home alone while she was at work, so she looked into the waiver program.

Barry kept mostly to himself until Dee Dee arrived, but now he helps care for her.

“I had outpatient surgery recently,” Dee Dee said, “and I came back to find fresh-cut sunflowers in my room. Barry takes the most amazing care of me.” 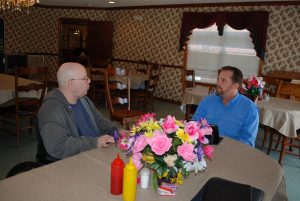 Dee Dee and Barry are two of the roughly 625 Mississippians currently receiving services through the Assisted Living Waiver, which is one of DOM’s five Home and Community Based Services (HCBS) waivers. All of the waivers provide services for those who have certain health issues that could lead to them moving into a long-term care facility in order to receive the necessary level of care, often referred to as institutional care.

Institutional-level of care, such as a nursing home, is intended for individuals who need constant care and around-the-clock access to medical services and supports. It’s costly and necessarily restrictive for the individual.

CMS encourages states to identify individuals who do not require institutional care and serve them in a home or community based setting – including assisted living facilities – where greater freedom and a higher quality of life can result in better health outcomes.

Assisted living facilities are designed to serve those who do not need institutional care but can’t quite live on their own. Residents have access to services but also greater independence, free to go about their daily lives.

DOM’s waiver addresses a unique need in the state’s health-care system – it helps Mississippians get the care they need in safe settings, preventing their conditions from worsening at home and resulting in the need for institutional care, explained Felicia Livingston, a case manager in DOM’s Office of Long Term Care.

“By helping them remain in an assisted living facility, we’re keeping them out of nursing homes, which saves the state money and also keeps nursing-home beds free for the people who really need them,” she said.

Livingston and her colleague, Archie Douglas, visit all waiver participants in northeast Mississippi once a month to make sure they are doing well and receiving the services they need. They are each responsible for about 57 participants. Livingston says the waiver covers a wide range of individuals with diverse needs, from physical disabilities to mental illness to the elderly.

“Archie stresses that if there’s a problem with any kind of situation with management or anything, to call him and he’s right on top of it,” Barry Hill said recently, after a monthly visit from Douglas. 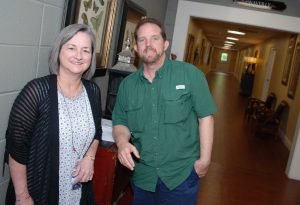 Livingston and Douglas, along with about eight other DOM case workers covering the rest of the state, work with each waiver participant to develop a plan of services and supports that best meets their needs, goals and personal preferences. They also perform an annual assessment on each participant to ensure they are still clinically eligible for the waiver.

“Home and community based services are very successful for the right individuals, which is why these assessments are so important,” Livingston explained.

Livingston, who is originally from New Albany, says she loves the regular interaction with the waiver participants. Helping others is why she became a social worker in the first place.

Despite her setbacks, Dee Dee Hill continues to live her life with her husband Barry with as much independence as possible.

“Empathy is one thing, but I don’t want people to feel sorry for me,” she said. “God’s kept me here for a reason. I’m not going to give up.”

Assisted Living by the Numbers