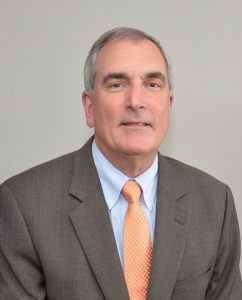 The 2017 legislative session is drawing to a close, and coordinated care has been one of the many budgetary factors lawmakers looked at closely as they consider the funding needs of the Mississippi Division of Medicaid (DOM).

DOM’s coordinated care program, the Mississippi Coordinated Access Network (MississippiCAN), has grown to play an increasingly important role within the agency, and with the amount of attention DOM’s budget has received during this session, educating decision-makers about the program is more important than ever.

Integrating a coordinated care model within Medicaid agencies has been a growing trend across the country for at least 20 years, and it is an approach supported by the Centers for Medicare and Medicaid Services. The coordinated care approach to health coverage encourages beneficiaries to be more active in their personal health, by providing follow-up care with a case manager and promoting preventive health.

MississippiCAN was authorized by the state Legislature in 2009 and implemented in January of 2011. The program was developed with the specific goals of improving access to needed medical services, improving the quality of care, and improving cost predictability.

Since its inception, MississippiCAN has continually evolved and expanded over six years. In the beginning, the program only applied to a few categories of eligibility (or populations of beneficiaries), such as disabled children at home and the working disabled. Additional eligible populations were added or “rolled into” the program in the following years, and in 2015, MississippiCAN was affected by two substantial impacts – the inclusion of all categories of children on Medicaid and inpatient hospital services. Today, approximately 70 percent of Medicaid beneficiaries in Mississippi are served by coordinated care.

Throughout this time, the program has been administered by two coordinated care organizations (CCOs) selected to contract with the agency after a thorough procurement process – Magnolia Health and UnitedHealthcare Community Plan. Currently, beneficiaries have the choice of selecting either one of these two health-coverage plans.

Now, the latest development in MississippiCAN is in the works this spring. The current CCO contracts are due to expire in 2017. Recently, DOM released a request for proposals (RFP) in an open, competitive process to bid on the new contracts. Through the procurement process, DOM is expected to select multiple entities to participate in the program, to be able to offer more plan choice for a larger population of coordinated care beneficiaries.

What all of this means is that as the population of beneficiaries enrolled in coordinated care has grown, the program has become an integral part of DOM, and naturally, the remaining question is, what are the results?

When it comes to evaluating the effectiveness of MississippiCAN, it’s important to note that the program has changed every year since it began; there has yet to be a baseline year DOM can use for comparison with other years to demonstrate outcome trends. However, working closely with the CCOs allows the agency to obtain a baseline of data that show some tangible and positive improvements.

For instance, Mississippi leads the nation in preterm deliveries at 12.9 percent, compared to the U.S. average of 9.6 percent. If you just look at that rate among Medicaid beneficiaries, the preterm birth rate is even higher – at 17.1 percent. In fact, DOM covers 71 percent of all premature births in the state. Preterm deliveries are potentially much more costly and have more health complications than full-term births.

As a result of DOM’s collaboration with coordinated care, that number dropped from 20 percent in 2014 to 13.96 percent in 2016, a dramatic decrease in premature births in a very short time.
The CCOs also have been able to track a downward trend in emergency room visits per member per month in the case of beneficiaries with sickle cell disease. In the short term, these two examples are very promising, but more substantial data will come once the program has a couple years of stability and continuity.

“While opinions about coordinated care vary throughout the provider community and beyond, I believe it is important to keep things in perspective,” said Dr. David J. Dzielak. “This has been a sea change for Medicaid and for Mississippi, and an enormous undertaking.”

There has been a steep learning curve, but the alternative of the status quo was simply unsustainable, Dzielak added. Not only for Medicaid, but also for the state’s economy and the health of its residents. Every state is facing similar challenges, and coordinated care has proven to be effective.

“As anticipated, and as I have expressed to the Legislature, the benefits of preventive health care can take a long time to show the kind of dramatic impact we all want to see, especially when tough budget decisions must be made,” Dzielak said. “But improving health conditions in a state with some of the highest health disparities in the nation cannot happen overnight. We are all working together to lay a foundation for a healthier future.”

With regard to the ongoing budget and deficit challenges, there are no easy solutions. It is true that DOM’s budget is determined by a handful of cost drivers that are largely beyond the agency’s control – factors like Medicaid inflation, which influences reimbursement rates, and the growing costs of medical services.

Coordinated care will not fix that problem, but it has demonstrably helped to prevent further costs. Last year, DOM’s actuarial firm, Milliman, reported that MississippiCAN’s cost savings projection between January 2011 and the end of fiscal year 2016 amounted to $210 million. That’s $210 million in estimated spending that coordinated care prevented during that period.

“It’s just one way we are doing everything we can to help contain costs and address ways to continue to provide care to vulnerable Mississippians,” Dzielak said.